Seitan is a  non-meat protein used in plant-based diets. In many countries, it is available commercially as meat product substitutes, but it is generally fairly pricey. As well as its use as a source of protein it has the springy mouth texture that is missing in many vegetarian products.

How to make it

Put the gluten flour in a large bowl. Mix all other ingredients in a smaller container. Pour wet into dry and combine through stiring then tip out onto a surface and kneed for 5 minutes. Cut into 4 pieces. Place into steamer on grease proof paper brushed with a small amount of oil. Steam over a large volume (at least 4 C) of steaming liquid made with 1  reduced salt stock cube and 2 TBSP of reduced  salt soy sauce. After 30 minutes remove from paper and turn over in the steamer. Steam another 10 minutes. Remove from pan and cool.

I have used this in a stir-fry with 4 C of seasonal vegetables. The vegetables are cooked first with 1 TBSP of oil and a splash of water to wilt them slightly once the pan is hot. After about 6 minutes the seitan is added with a sauce. In this case I used 2 TBSP of sweet katsu sauce and 1 TBSP of sesame oil.  I cooked the stir-fry for about another 2 minutes to make sure the seitan is cooked through. I served it with rice noodles.

Here in New Zealand, we are fortunate that we can get hold of the main ingredients with relative ease. I have found that I can find the ingredients in either bulk food shops like Bin Inn, at my local supermarket and in various health food shops. If you are going to make it regularly you will want to find the best deals.

If you look for Seitan recipes online you will find that there is quite a variation in recipes beyond the core ingredients. Here are a couple of common additional ingredients and why I think they would be worth trying in addition to a basic recipe

Oil: Some recipes include it others don’t. I would recommend including it as it is likely to make the final product a bit more tender. I would suggest using a monounsaturated oil and my preference would be for canola oil because of its relatively high level of alpha-linolenic acid – the precursor to the long chain omega 3 fats.

Nutritional Yeast or Brewers Yeast: this will give you an umami taste and is a rich source of vitamins. It divides the world a bit like marmite or Vegemite – some people hate it others love it. Doing a small test batch with roughly 1 TBSP per 125 g of gluten flour is probably the best way forward as a trial when using it for the first time

Chickpea (bessan) flour: I would definitely consider adding this at approximately 30 g per 125 g of chickpea flour. One of the older practices with plant-based nutrition is to combine protein sources to make the protein available in a meal “complete”. Although you don’t have to do this meal by meal for a healthy vegan diet, it is good practice particularly for children who are eating a vegetarian diet and who might have smaller appetites.

Amino liquid: This is expensive and it also has more sodium than the reduced salt soy sauce I have used.

Stock: it would be easy to get a lot of sodium in this product if using full salt products all the way. I use reduced salt stock in these recipes to avoid that.

Various herbs and spices: This is the secret of seitan – you flavor it to suit. I am making a relatively plain and un-spiced one because I have two people with very sensitive taste buds in my household and I suspect I will not get many attempts to get them to try it*. Many of the recipes on the internet have fantastic suggestions about making really flavorsome varieties.  One of the first people I am going to ask to have a go at making her variation is a Maori dietitian colleague who I bet will want to see if she can get hangi flavors!

In this recipe, I am doing a boiled cooking method, then on the second cook, it will be stir-fried. Having read around I think it is worth considering the following hints around cooking:

Boiled: This will be a moist seitan. Some people think it is too spongy and soggy. It would work well cooled and grated to make mince or as a casserole substitute.

Steamed: This is likely to have more concentrated flavors but I suspect it could be quite heavy unless you got the steaming temperature fairly consistently high. If you have a proper steamer it would be worth trying

Pressure cooker:  I looked this up and hope I will get a chance to try it soon. The big advantage is shortened cooking times with bigger pieces of seitan – but I must admit I had a vision of the seitan splurting out the steam release hole if you did a quick release method – and it is very clear it is a slow release method only in the recipes I looked at. If this works I will need to get cheesecloth to do it regularly as this seems to be a recommendation. I am using an old linen tea-towel at the moment.

Baked: This looks like it creates stronger flavors and drier product. Some questions are raised about how tough it gets if you cook it for a second time i.e. if you fry it. I suspect it would be a good way to have it if you were having it as a cold protein in lunches**.

* Great news, one of my fussy eaters is more than happy to try again. The other didn’t hate it, which given she has both taste and texture issues with a range of food is a glowing report.

** I experimented with this and got an interesting result. Picture below. Two things 1) Oil the pan and 2) Cook at 140 degrees rather than 180 degrees for 30 minutes

It needs to be kept in the fridge and sealed against drying out. Many of the storage suggestions include being covered with liquid stock especially if freezing. If that is the case then I would suggest getting reusable silicone bags to minimize the amount of fluid you need around the seitan.

It keeps in the fridge for 5-7 days and the freezer for 6 months. 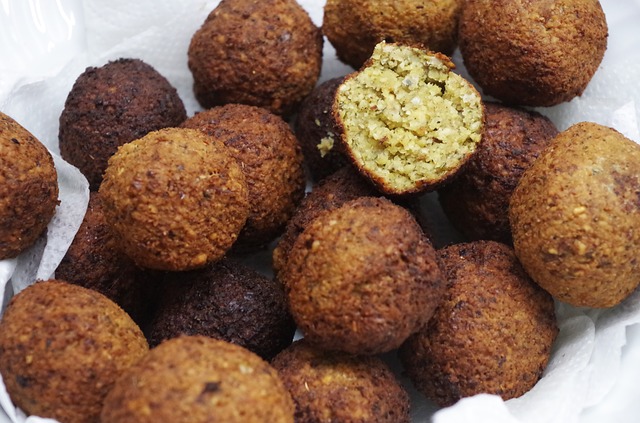 TOTAL TIME: 30 minutes of actual hands on cooking with up to 24 hours of standing time.